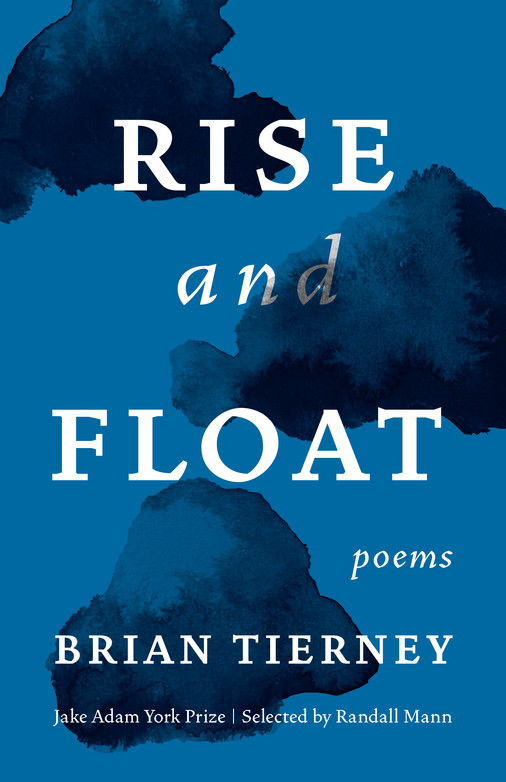 Chosen by Randall Mann as the winner of the 2020–21 Jake Adam York Prize, Brian Tierney’s Rise and Float depicts the journey of a poet working—remarkably, miraculously—to make our most profound, private wounds visible on the page.

With the “corpse of Frost” under his heel, Tierney reckons with a life that resists poetic rendition. The transgenerational impact of mental illness, a struggle with disordered eating, a father’s death from cancer, the loss of loved ones to addiction and suicide—all of these compound to “month after / month” and “dream / after dream” of struck-through lines. Still, Tierney commands poetry’s cathartic potential through searing images: wallpaper peeling like “wrist skin when a grater slips,” a “laugh as good as a scream,” pears as hard as a tumor. These poems commune with their ghosts not to overcome, but to release.

The course of Rise and Float is not straightforward. Where one poem gently confesses to “trying, these days, to believe again / in people,” another concedes that “defeat / sometimes is defeat / without purpose.” Look: the chair is just a chair.” But therein lies the beauty of this collection: in the proximity (and occasional overlap) of these voices, we see something alluringly, openly human. Between a boy “torn open” by dogs and a suicide, “two beautiful teenagers are kissing.” Between screams, something intimate—hope, however difficult it may be.

“Rise and Float is that rare thing, a book of one striking poem after another. If I could write something as tender and nearly perfect as ‘You’re the One I Wanna Watch the Last Ships Go Down With’—a lightning strike, Randall Jarrell might have called it—then I’d consider giving up writing.” —Randall Mann

“How do we go on living, these poems seem to ask, bearing what we must bear? And in lines by turns dolorous and defiant, they answer: We watch, we remember, and we sing.” —Tracy K. Smith

“In this magnificent debut, a poet arrives to us fully formed, and Tierney has found ways to transform the mundane into the mysterious, and the mysterious into the transcendent. Readers will be swept away by the rigors of syntax, the sparse and charged diction, and the voice of these worldly, humane, sophisticated poems.” —Mark Wunderlich 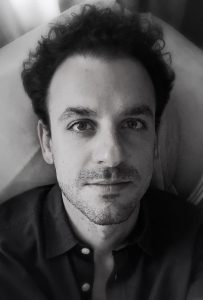 Brian Tierney is the author of Rise and Float, which was selected by Randall Mann as the winner of the 20-2021 Jake Adam York Prize. His poetry and prose have appeared in or are forthcoming in Paris Review, AGNI, Kenyon Review, NER, The Adroit Journal, and others. A graduate of the Bennington Writing Seminars, he is a former Wallace Stegner Fellow in poetry at Stanford and winner of The Poetry Society of America’s 2018 George Bogin Memorial Award. He grew up in Philadelphia, PA, and currently lives in Oakland, CA, where he teaches poetry at The Writing Salon.