Hemon & Batuman: Inside the Writers Studio 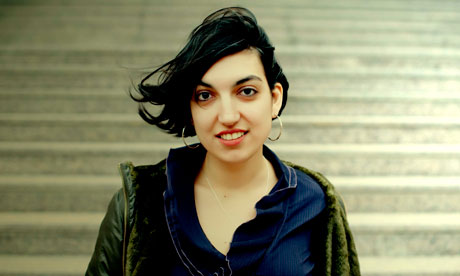 Join us for an unscripted conversation between ALEKSANDAR HEMON, author of five books, including The Lazarus Project, and ELIF BATUMAN, author of The Possessed and The Idiot (March 2017). They’ll talk about their work, their writing process, and more, live on stage.

Doors open at 5:30 PM at Tivoli’s Baerresen Ballroom (Room 320). The reading and interview will begin at 6:00 PM, with an audience Q&A and book signing to follow.

About Aleksandar Hemon:
Hemon is the author of five books, including The Book of My Lives and The Lazarus Project, which was a finalist for the 2008 National Book Award and National Book Critics Circle Award. Born in Sarajevo, Hemon visited Chicago in 1992, intending to stay for a matter of months. While he was there, Sarajevo came under siege, and he was unable to return home. Hemon wrote his first story in English in 1995. He is the recipient of a Guggenheim Fellowship, a MacArthur Fellowship, and the PEN/W.G. Sebald Award. He lives in Chicago with his wife and daughter.

About Elif Batuman:
Batuman has been a staff writer at The New Yorker since 2010. Her first book, The Possessed: Adventures with Russian Books and the People Who Read Them, was a finalist for the National Book Critics Circle Award. Her novel, The Idiot, is forthcoming from Penguin in March 2017. Her stories have been anthologized in the 2014 Best American Travel Writing and the 2010 Best American Essays collections. She is the recipient of a Whiting Writers’ Award, a Rona Jaffe Foundation Writers’ Award, and a Paris Review Terry Southern Prize for Humor. Batuman holds a doctoral degree in comparative literature from Stanford University. From 2010 to 2013, she was writer-in-residence at Koç University, in Istanbul. She lives in New York.