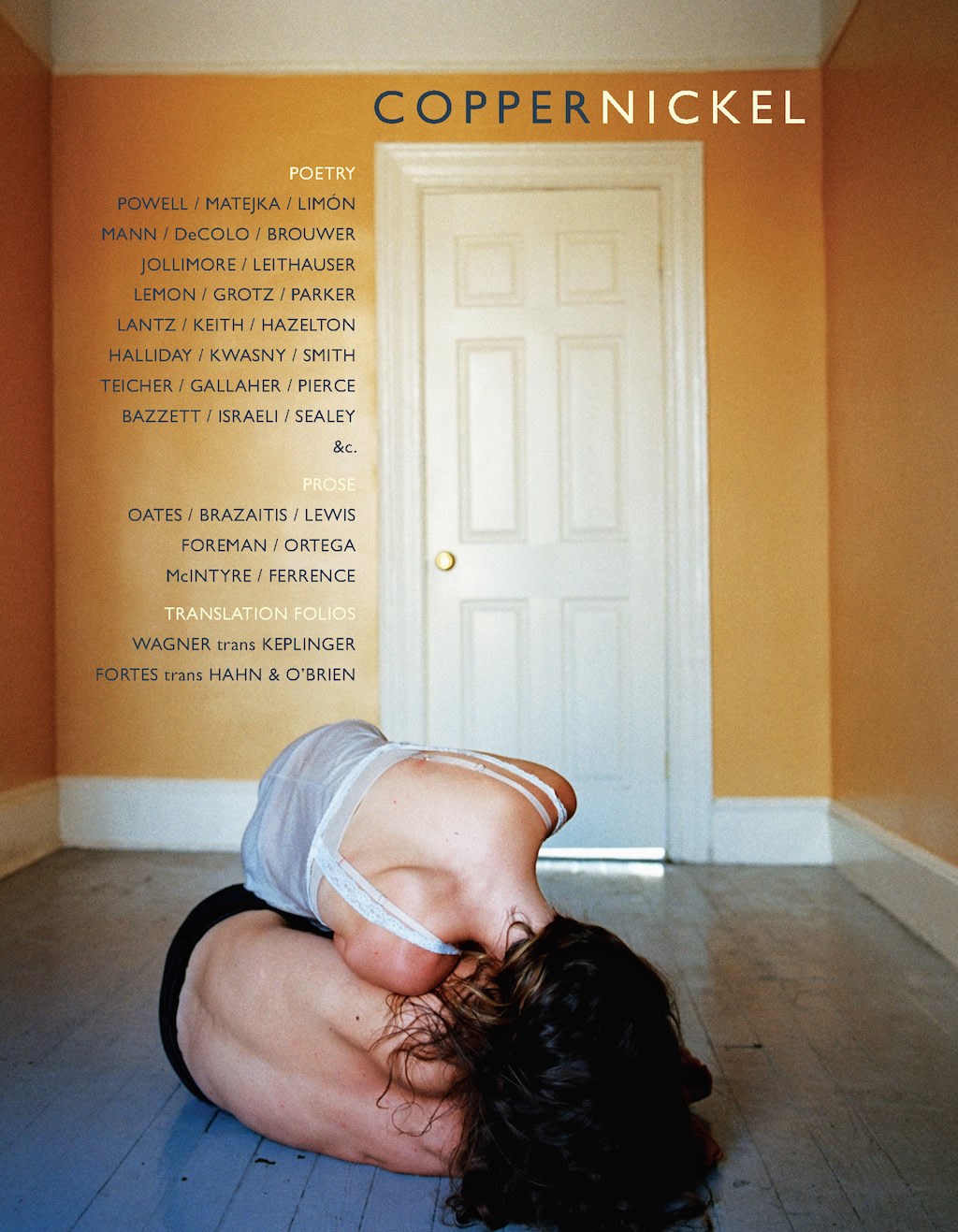 This issue marks the relaunch of Copper Nickel after a period of hiatus, which—as many of our readers know—was brought on by the tragic and sudden death of the journal’s founder, Jake Adam York, in 2012.

Both Jake and his work were well known in the literary circles and beyond. His was a large and generous personality, and his striking, ambitious, and often deeply moral poems only continue to grow in their importance to the conversation of American letters.

In relaunching Copper Nickel, we’ve tried to build on the legacy of the journal while also striking out for new ground. We continue to aspire toward diversity and eclecticism, printing work that appeals to us regardless of aesthetic affiliation, and we also continue to be particularly (though by no means exclusively) interested—as Jake was—in work that considers sociohistorical context.

Copper Nickel 20 features numerous established and emerging writers, as well as Translation Folios of work by Cape Verdean poet Corsino Fortes and German poet Jan Wagner. The Editors’ Prize winners for the issue are Michelle Oakes in poetry and Donovan Ortega in Prose. 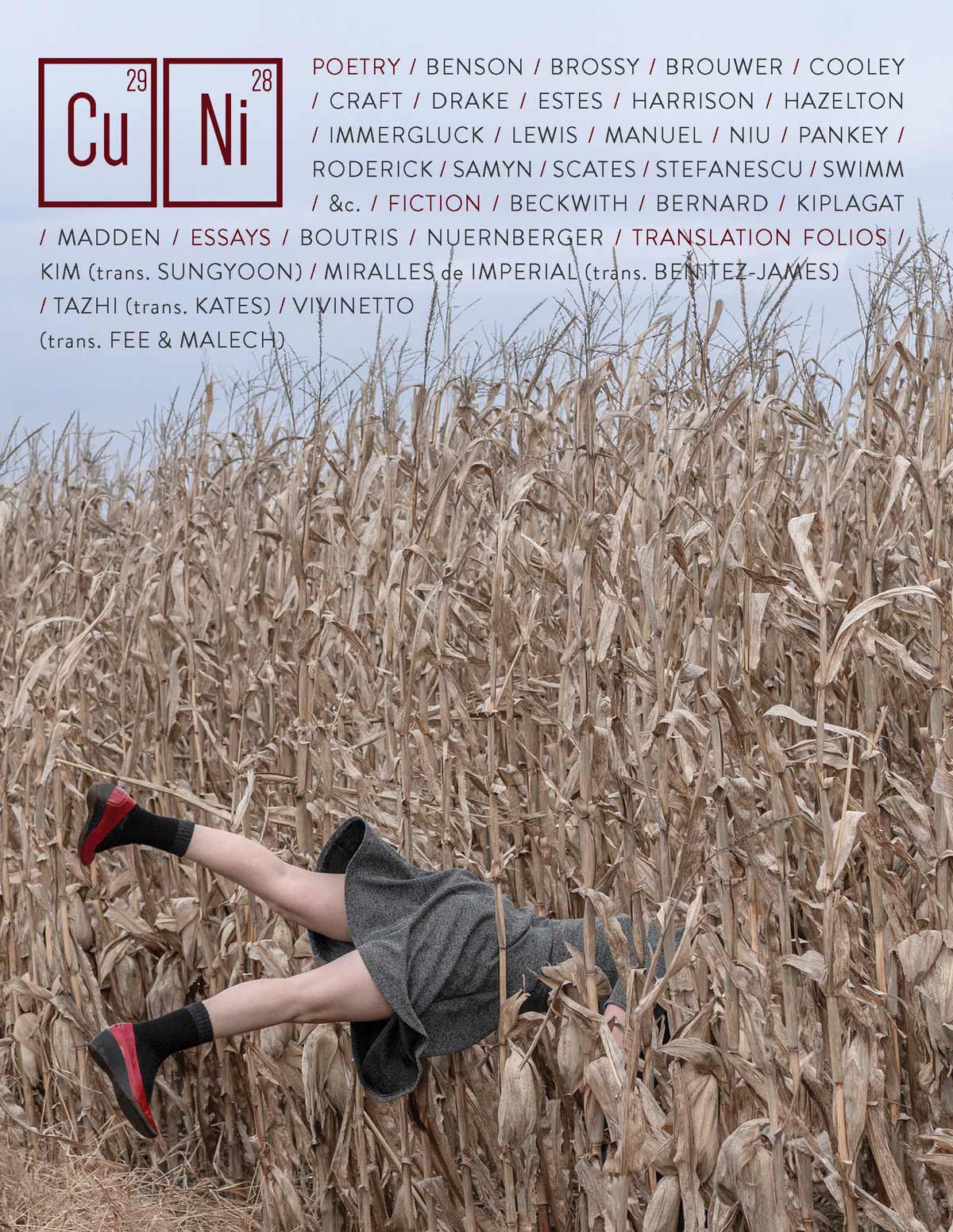 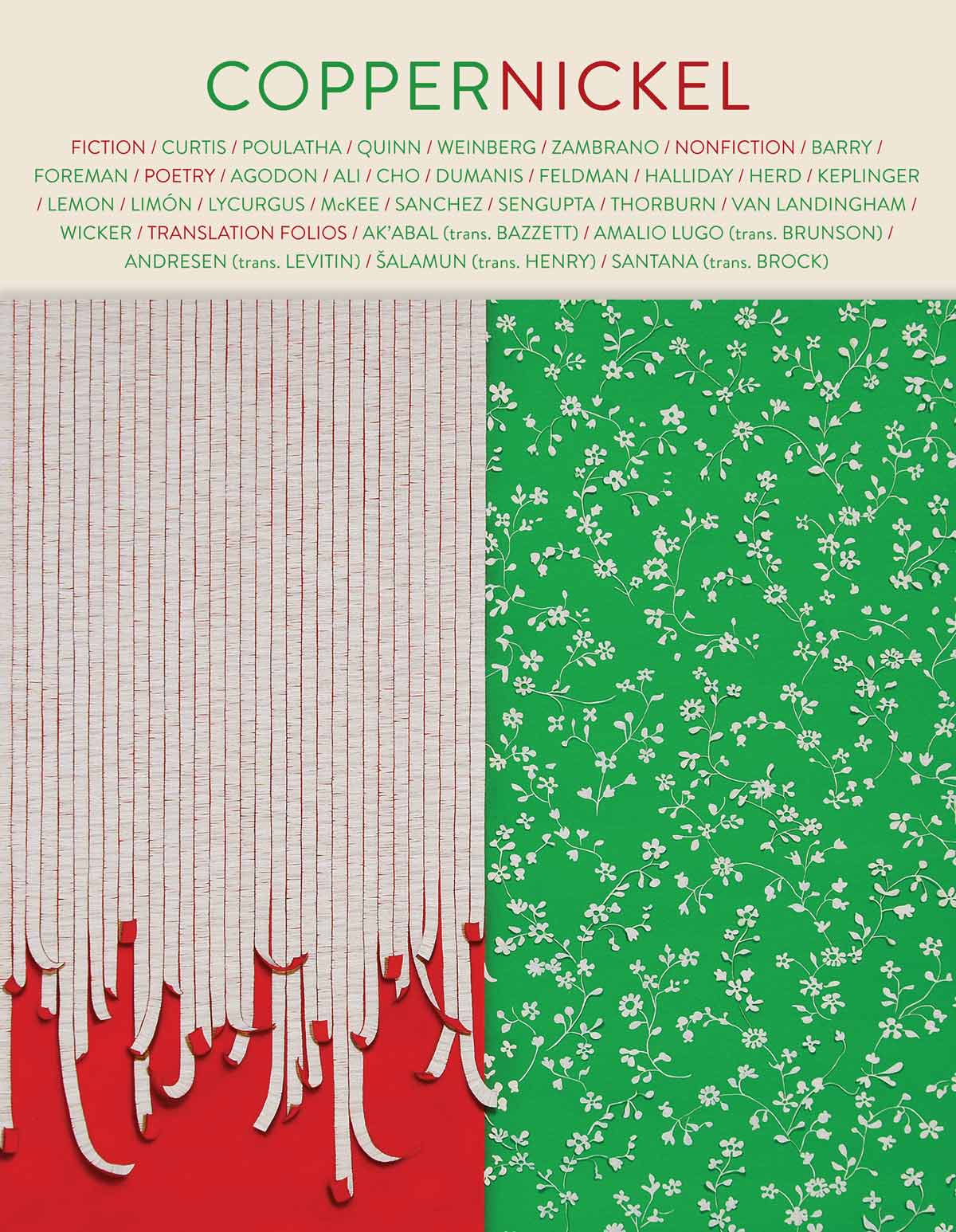 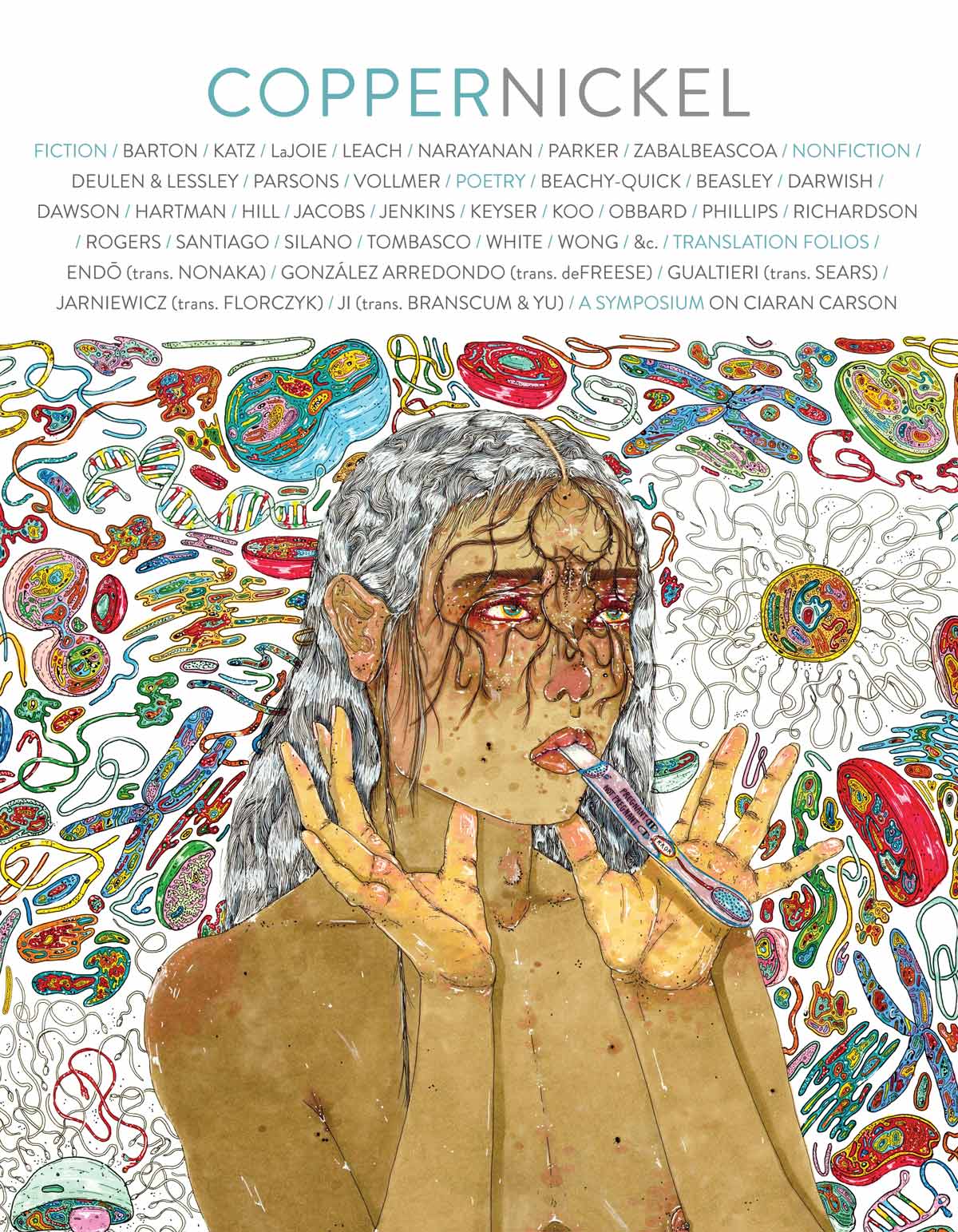 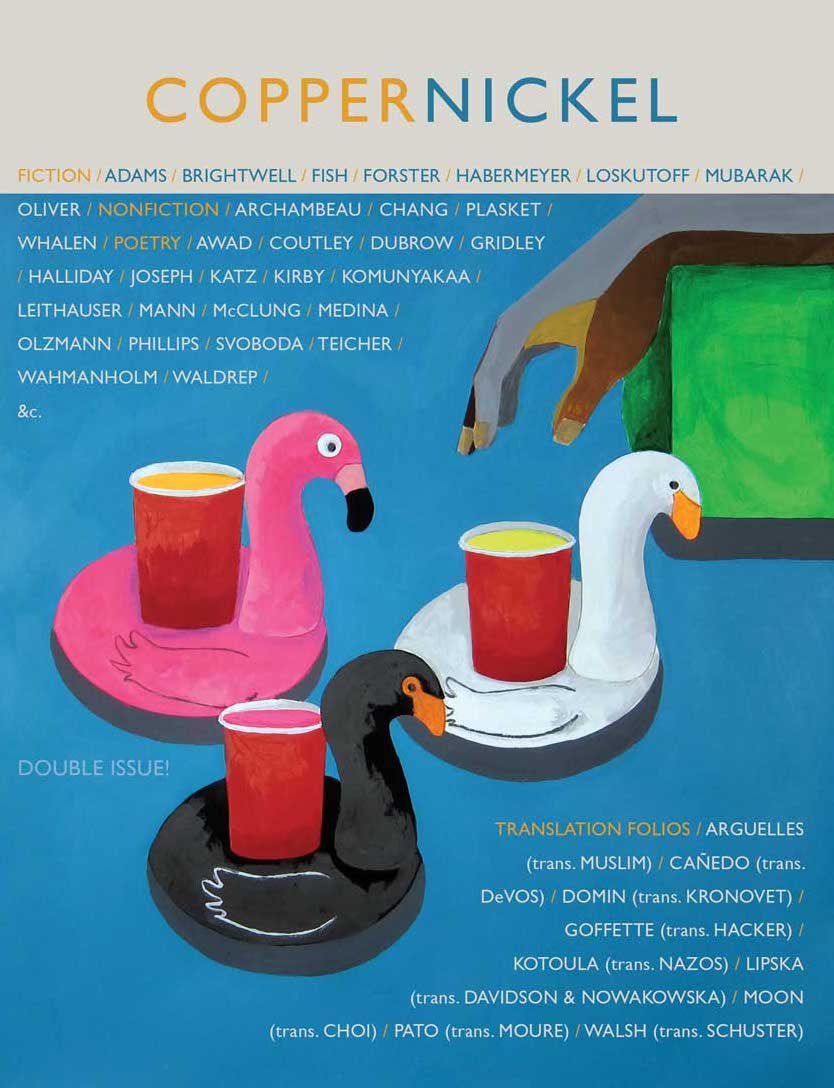 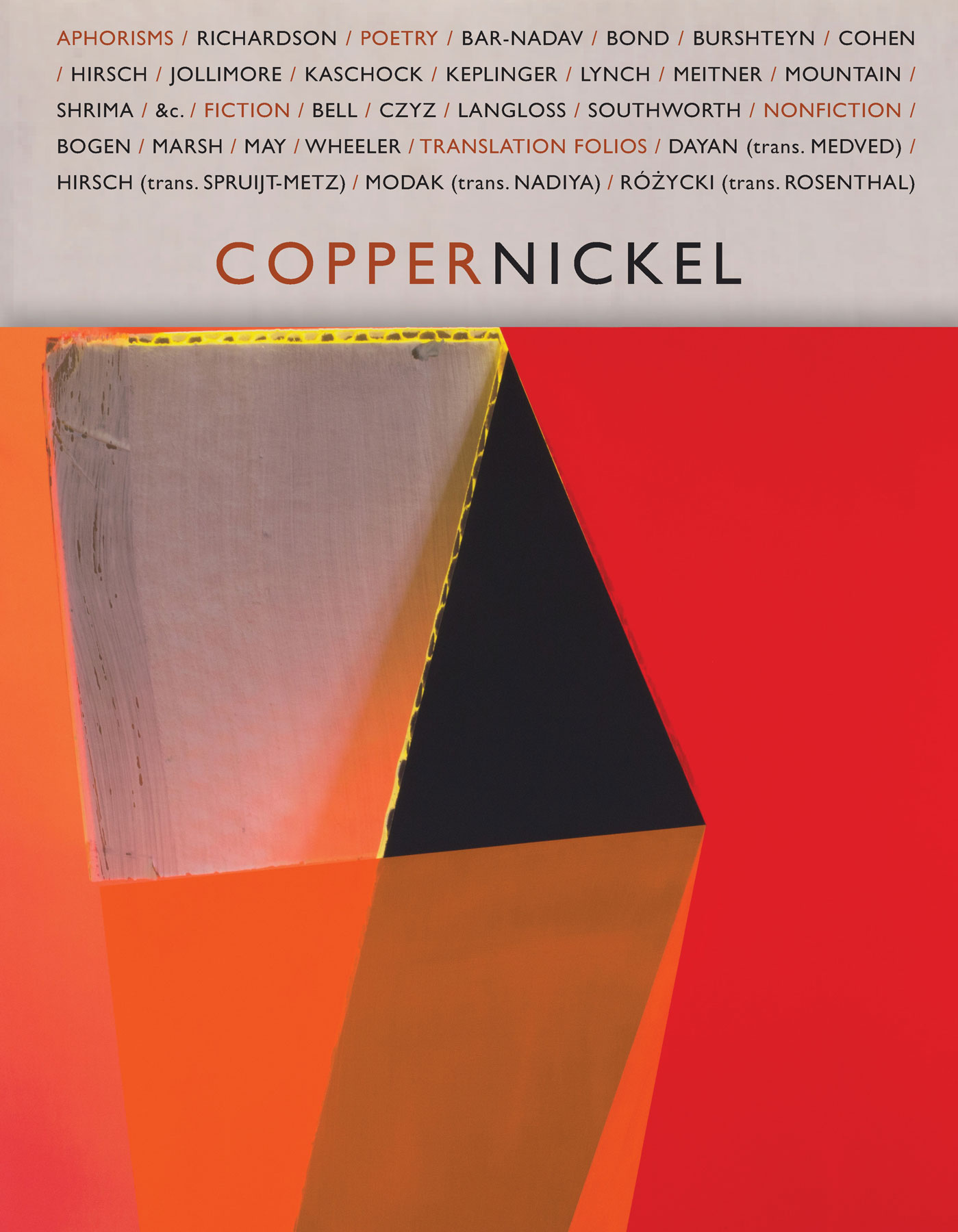 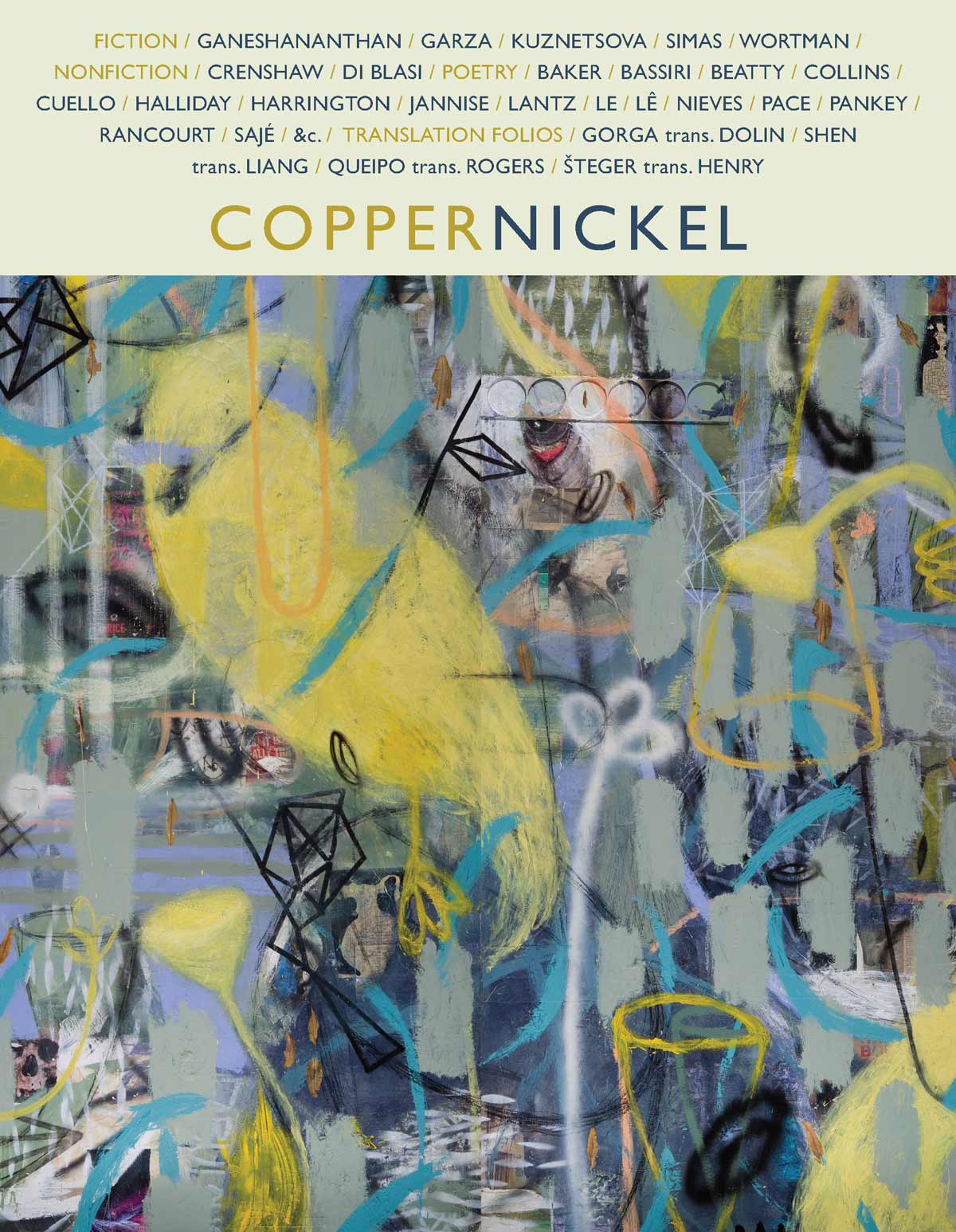 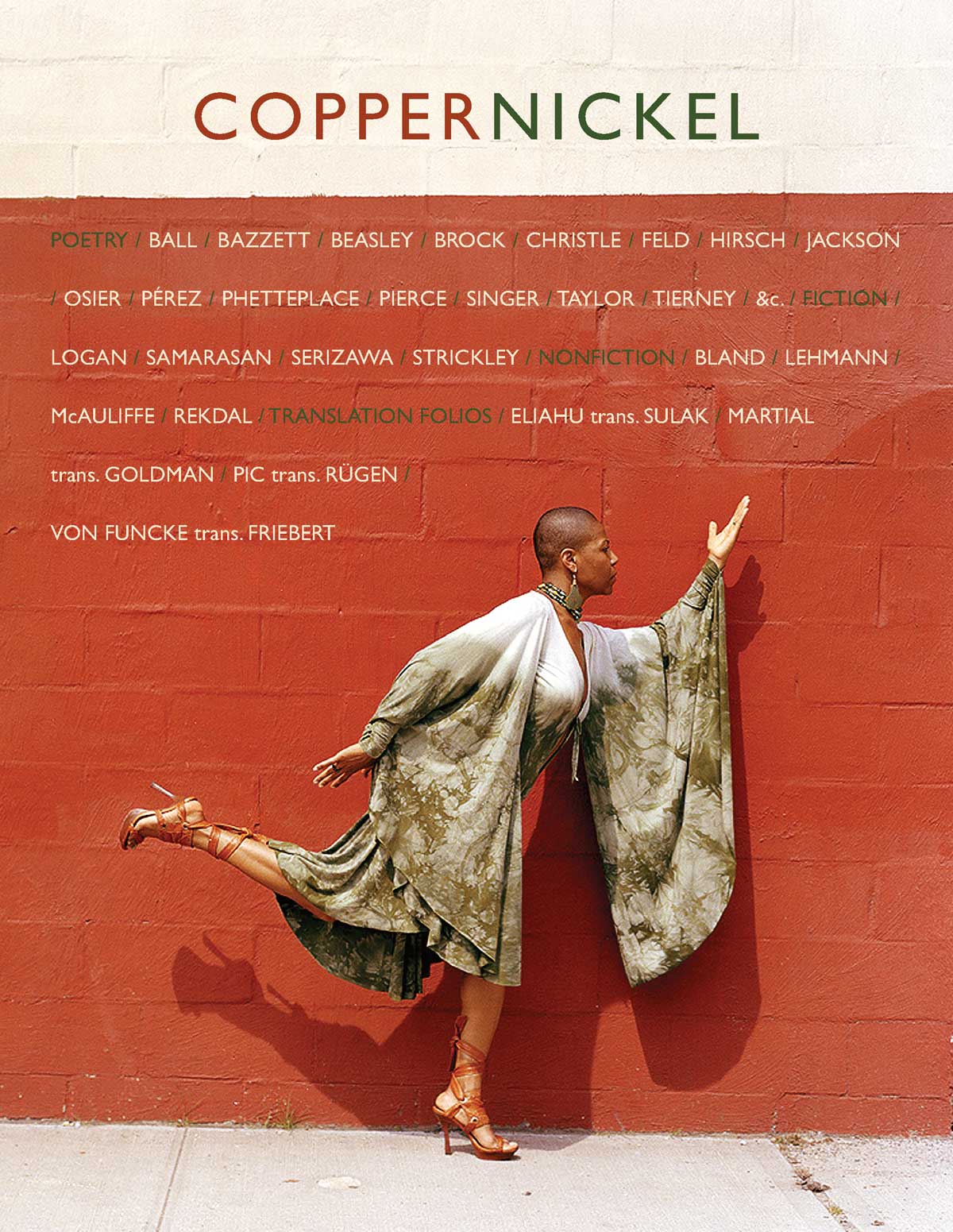 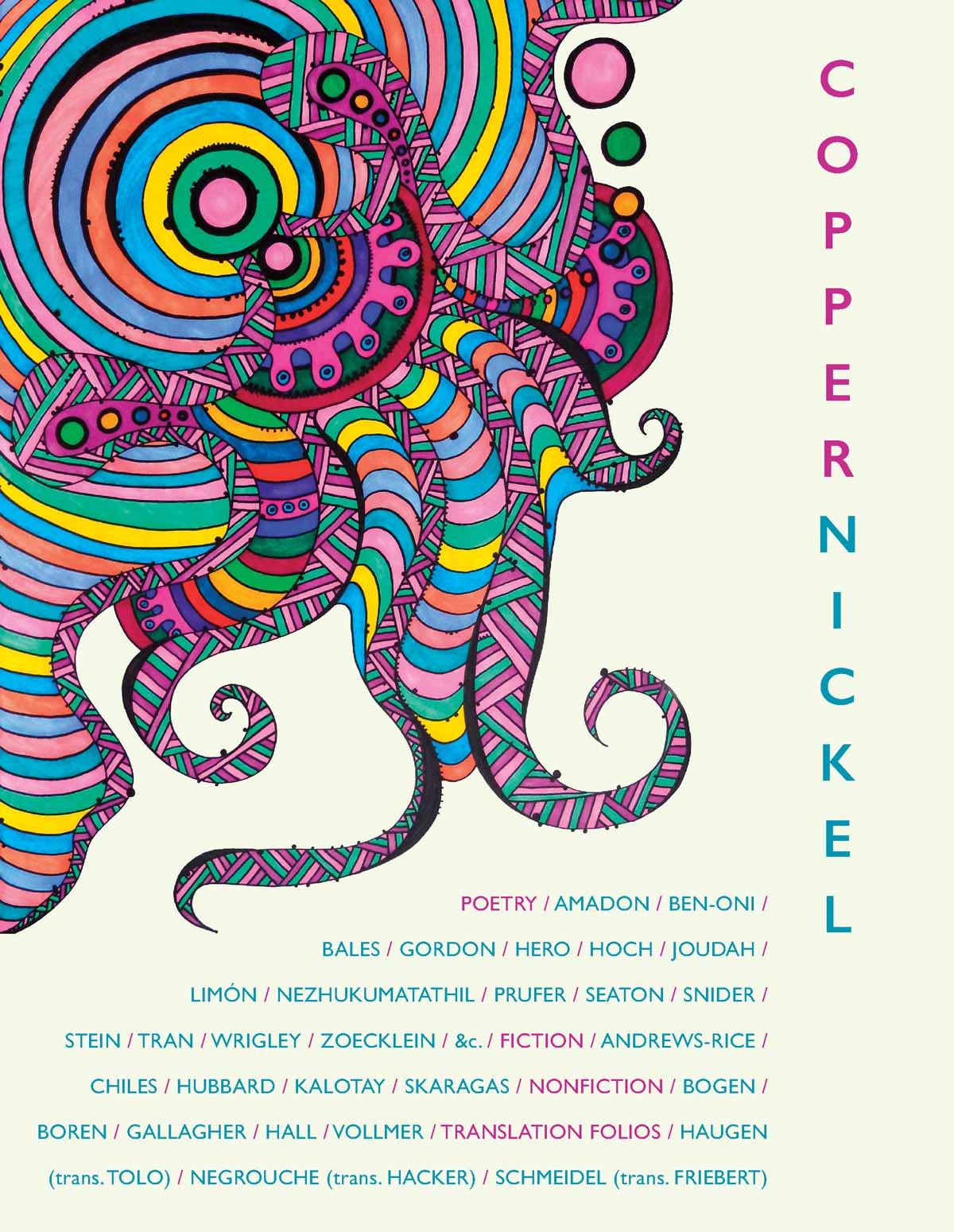 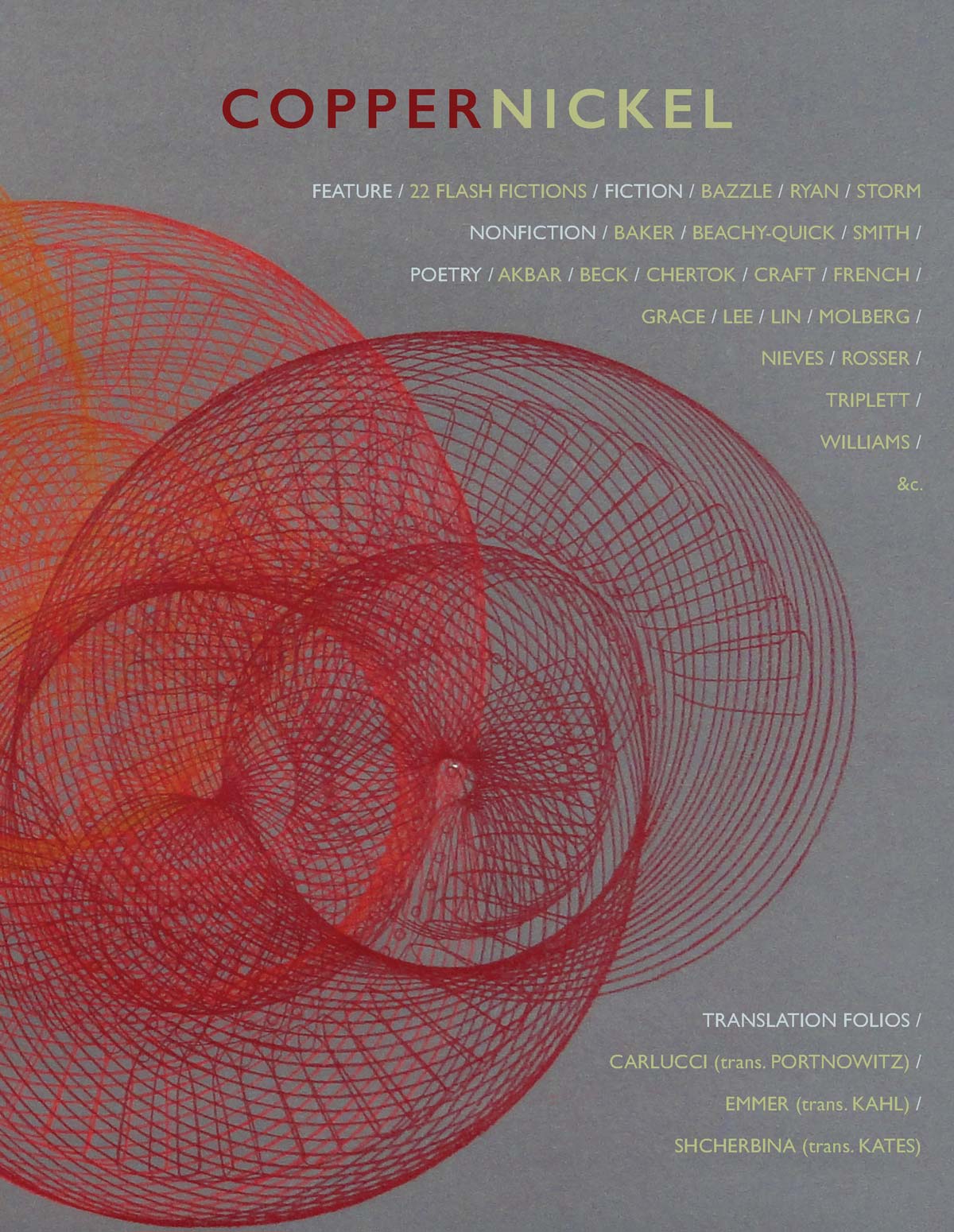 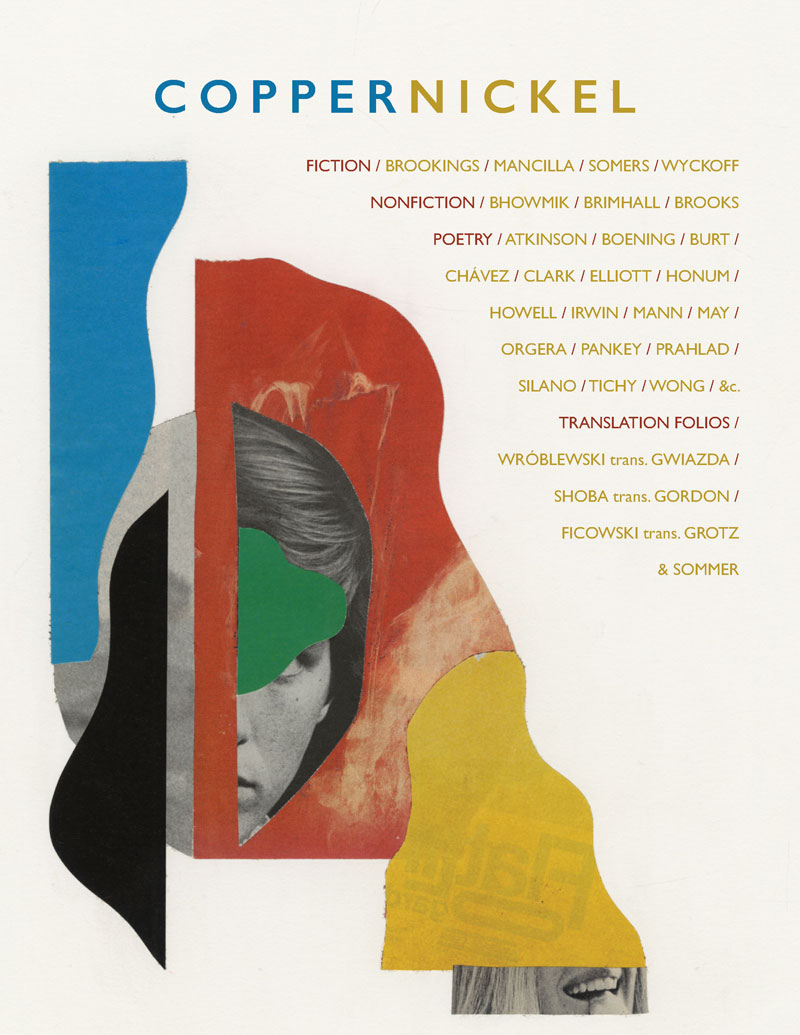 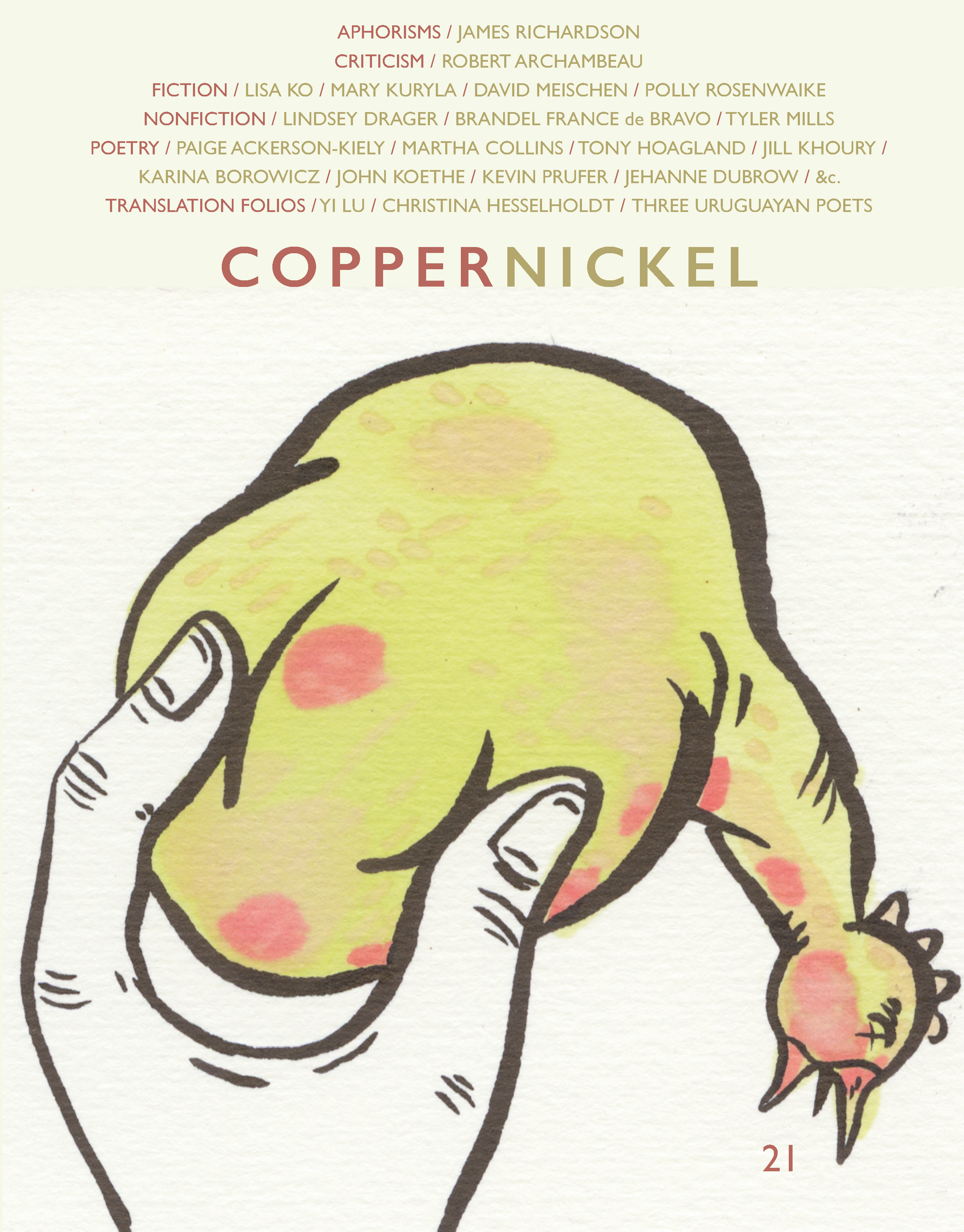